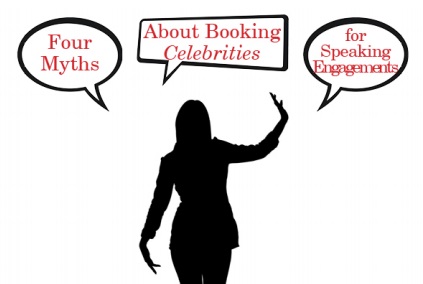 B Perhaps the most persistent myth about public communication is that it is a 'special' activity reserved for unusual occasions. After all, public speeches are not made that often. There are only a few special occasions during the year when even an outgoing professional person will step behind a podium to give a public speech, and many professional people can count on one hand the number of public speeches given in a career. Surely, then, public communication is a rare activity reserved for especially important occasions. This argument, of course, ignores the true nature of public communication and the nature of the occasions in which it occurs. To engage with people whom one does not know well, to solve problems, share understanding and perspectives, advocate points of view, or seek stimulation, means to engage in public speaking. Public communication, therefore, is a familiar, daily activity which occurs in the streets, restaurants, boardrooms, courtrooms, parks, offices, factories and meetings. Contrary to widespread misunderstandings, public speaking is not an unusual activity reserved for special occasions and restricted to the lectern or the platform. Rather it is, and should be developed as, an everyday activity occurring in any location where people come together.

C A related misconception about public communication is the belief that the public speaker is a specially gifted individual with innate abilities and Godgiven propensities. While most professional people would reject the idea that public speakers are born, not made, they never the less often feel that the effective public communicator has developed unusual personal talents to a remarkable degree. At the heart of this misconception—like the myth of public speaking as a 'special' activity—is an overly narrow view of what a public person is and does. Development as an effective public communicator begins with the understanding that it is not necessary to be a nationally known, speak-for-pay, professional platform speaker to be a competent public person. The public speaker is an ordinary person who confronts the necessity of being a public person and uses common abilities.

D A less widespread but serious misconception of public speaking is reflected in the belief that public speeches have a lasting purpose. A public speech is something viewed as an historical event which will be part of a continuing and generally available public record. Some public speeches are faithfully recorded, transcribed, reproduced and made part of broadly available historical records. Those instances are rare compared to the thousands of unrecorded public speeches made' every day. Public communication is usually situation-specific and ephemeral. Most audiences do well if they remember as much as 40 per cent of what a speaker says immediately after the speaker concludes; even less is retained as time goes by. This fact is both reassuring and challenging to the public communicator. On the one hand, it suggests that there is room for human error in making public pronouncements; on the other hand, it challenges the public speaker to overcome the poor listening habits of most audiences.

E Finally, professional people, perhaps more than other groups, often subscribe to the misconception that public communication must be an exact science, that if it is done properly it will succeed. The troublesome corollary to this reasoning is that if public communication fails, it is because it was improperly prepared or executed. This argument unfortunately ignores the uncertainties of human interaction. Public speakers achieve their goals through their listeners, and the only truly predictable aspect of human listeners is their unpredictability. Further, public messages may succeed despite inadequate preparation and dreadful delivery.

F It should be added that professional people often mismanage their fears of public communication. However, once an understanding of what public encounters assume and demand, once the myths which handicap the growth of a public person are unburdened, development as a competent public communicator can properly begin.